Jane Wynyard’ story is beyond inspiring. We were privileged enough to quiz her incredible brain for this exclusive Q&A for The Together Project.

“In the right hands and used for the right purpose, photographs can change the world.”

I have been a storyteller and media junkie all my life. I began my career as a news journalist covering crime, music and conservation at the age of 17 in New Zealand. I’d wanted to be a journalist since I was about seven years old.

I then spent several years working in the Arts (International Festival of the Arts, Royal New Zealand Ballet) as both a PR and a journalist before crossing into television where I worked as a PR, researcher and director. One of the highlights from my TV career was directing an episode about a jazz drummer for an award-winning arts show called The Living Room.

I moved to London in 2003 and worked in a variety of roles including a stint at BBC World where I managed Global PR for the channel’s airtime and sales division.  From there I spent ten years in fashion magazines. First, as Head of PR for Hearst UK (Harper’s Bazaar, Esquire, Town & Country etc) and then at Net-A-Porter where I managed Global PR for the publishing division (Porter and The EDIT).

In 2016, I quit my career in fashion to pursue a passion in photography. It was a crazy move as I’d only been studying photography seriously for about a year. I’d planned to spend three months photographing wildlife in Africa before returning to London to start my own freelance business as a content creator, PR and photographer. I bought a DSLR, attended night courses, photographed wildlife at UK parks and sanctuaries and did what I could to perfect my craft.

Just before I resigned from Net-A-Porter, I was incredibly lucky to be invited to photograph wild elephants for  conservation and research organisation, Save the Elephants (STE), at its remote research base in Samburu, Northern Kenya. STE was founded by zoologist Iain Douglas-Hamilton 27 years ago. It conducts pioneering research into the ecology and behaviour of wild elephants and uses the research to highlight the challenges affecting wild elephants and suggest solutions for a harmonious future between elephants and humans.

I immediately fell in love with the wild elephants, Samburu and STE. Little did I know that my experience there would change my life forever.

After my short but wonderful stint with STE, I travelled to Nambia where I worked as a volunteer for a couple of months, assisting with cheetah and hyena research projects in the remote Namib desert – all the while, still taking photos. I returned briefly to a wintery London, packed up my flat and then travelled to Rwanda for a once-in-a-lifetime opportunity to photograph endangered mountain gorillas in the Virungas for a story on the 50th anniversary of the Dian Fossey Fund.

But it was Samburu and the wild elephants that truly captured my heart. I decided to return to Kenya and set up my own consultancy business as a photographer, communications consultant and visual storyteller.   My clients now include Save the Elephants and the Elephant Crisis Fund amongst others and I am lucky to spend a lot of time in the field.

My work includes photographing wild elephant behaviour, creating films for social media, writing stories and press releases and handling international and local film crews.  I’ve travelled to Zambia and Malawi to photograph conservation efforts there for the Elephant Crisis Fund (ECF) and managed celebrity press trips to Samburu. My images and stories have been published around the world and I am fortunate to work with some of the most dedicated, passionate scientists, researchers and conservationists from Kenya and across the globe.

My work isn’t a job, it is an all-consuming passion and I feel like everything I’ve done in my past has led me to this point. I finally have a purpose, an all important mission which is to help organisations like Save the Elephants secure a future for wild elephants and protect the habitats where they live. I am honoured to do this work. It is quite literally a dream came true! You left a high profile career in London to pursue your passion for wildlife photography and Africa, what gave you the courage to make such an enormous change?

Friends and family were hugely supportive which helped and many of them said they were waiting for me to do something like this. In many ways they knew before I did! I also got myself a life coach who helped guide some of my decisions  and attended a retreat in Italy called “F*** It’. I felt strongly that this was the right thing to do, that I was on the right path. It was almost as though the Universe was guiding me.  As my biological dad says, “I followed the signposts.’ 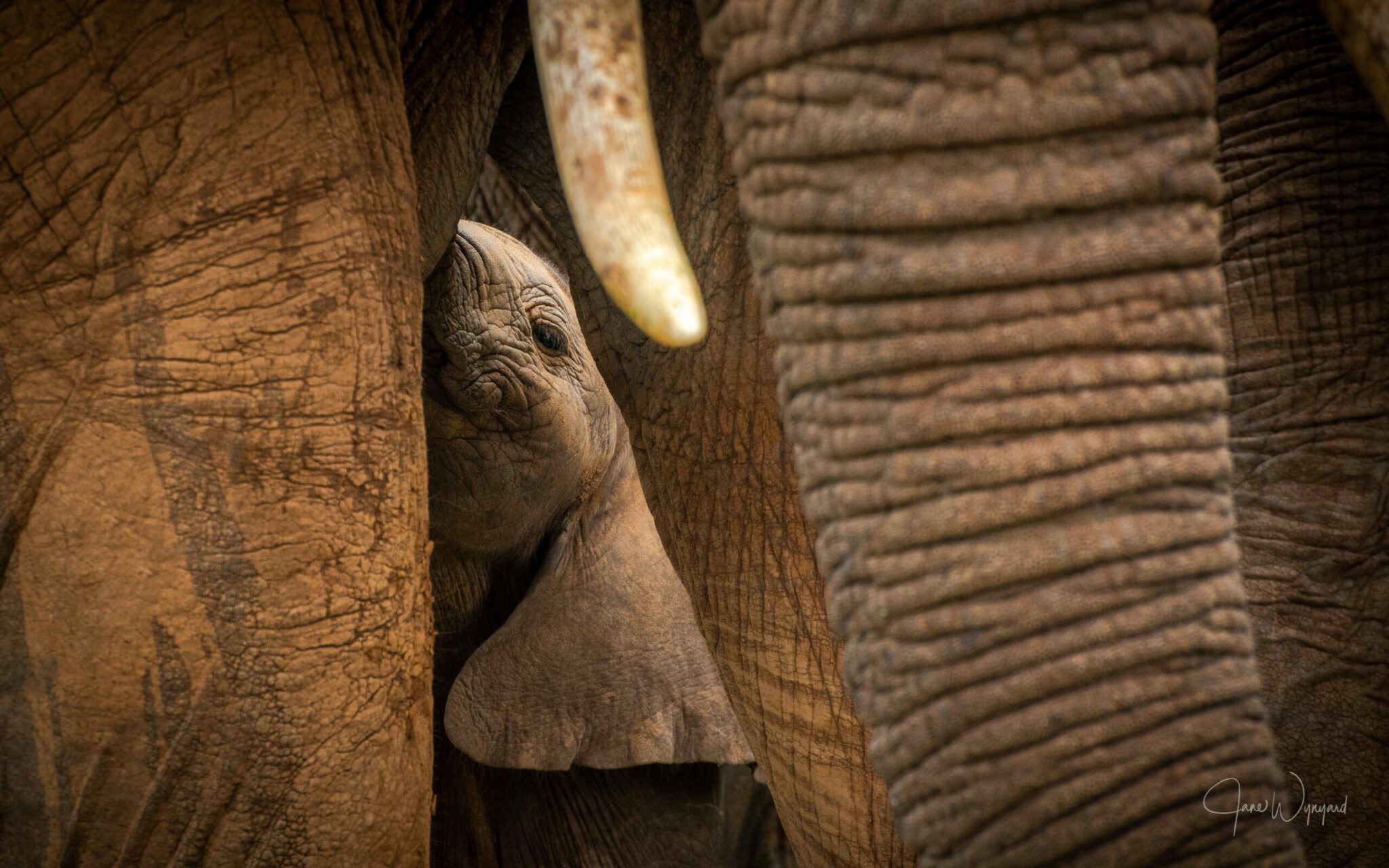 Looking back at the moment that you decided to make such a drastic change, how did you know it was the right one, did you even?

I was lucky to have an exciting job in fashion and I’m very grateful for that experience. I got to work with some incredible globally-renowned designers, celebrities, writers and photographers. But when I started to reevaluate my life, I realised something was missing. For starters, I was promoting other people’s creativity yet neglecting my own. I also felt rudderless, as though my work didn’t have any meaning. I wanted to do something different, to be somewhere different, to make a difference in the world and to inspire people but I didn’t really know what that was. So no, I wasn’t sure it was the right change but I knew I had take a risk and make the leap. It turned out to be the best decision of my life.

You have said you feel the happiest in the natural world, why is this? It is a world away from the urban life you lived in London.

Because I feel alive. I have purpose – I’m helping to save elephant lives for starters and hopefully inspiring others to do the same. I’m connected with the beauty of nature and surrounded by bush and wildlife and I’m doing something wonderfully creative. I see and experience new things every day and I love my work. Nature feeds my soul and reminds me of why I’m on this planet. I am also for the first time in a long time, truly at peace with myself here. I can happily spend hours and hours alone watching elephants in the field and my mind is clear and calm. When I lived in London, I could barely sit still for more than half an hour, always seeking out people, things to do, places to go. What advice would you give others hoping to take a leap like the one you took?

Trust your instincts. Believe in yourself, Follow your heart but don’t just sit there waiting for things to happen, make them happen. Doors don’t just open magically. You have to do some of the work yourself.

It took me eight months of research, self-analysis and overcoming my fear of ‘what if’ before I left Net-A-Porter. I cut my the line to my London life one section at a time. I also practiced and practised photography as I knew breaking into a new field would be tricky.

Not everyone was supportive of my decision – there were a handful of people who told me I would fail, that I was crazy. How could I walk away from such an amazing career? But I think this was a reflection of their own fears. So I had to block out that noise and focus on what I wanted, listen to the supporters, trust that it would work out and just keep moving forward. In some ways the negative reaction pushed me to succeed even more!

Before moving to Africa, you did a life course in Italy, what did it teach you? What did you learn about yourself?

It taught me that it’s OK. That I’m OK. It showed me what Freedom looks like. That I can do what I want, achieve what I want and that it’s OK to embrace my dreams. It taught me that there are no barriers except my own fears and I don’t have to confirm to society’s rules and expectations. It also helped me connect and embrace the natural world through things like Tai Chi and meditation - things I’d never done before as I was always too busy focusing outwards instead of on myself. I guess the retreat woke me up. It was very therapeutic. 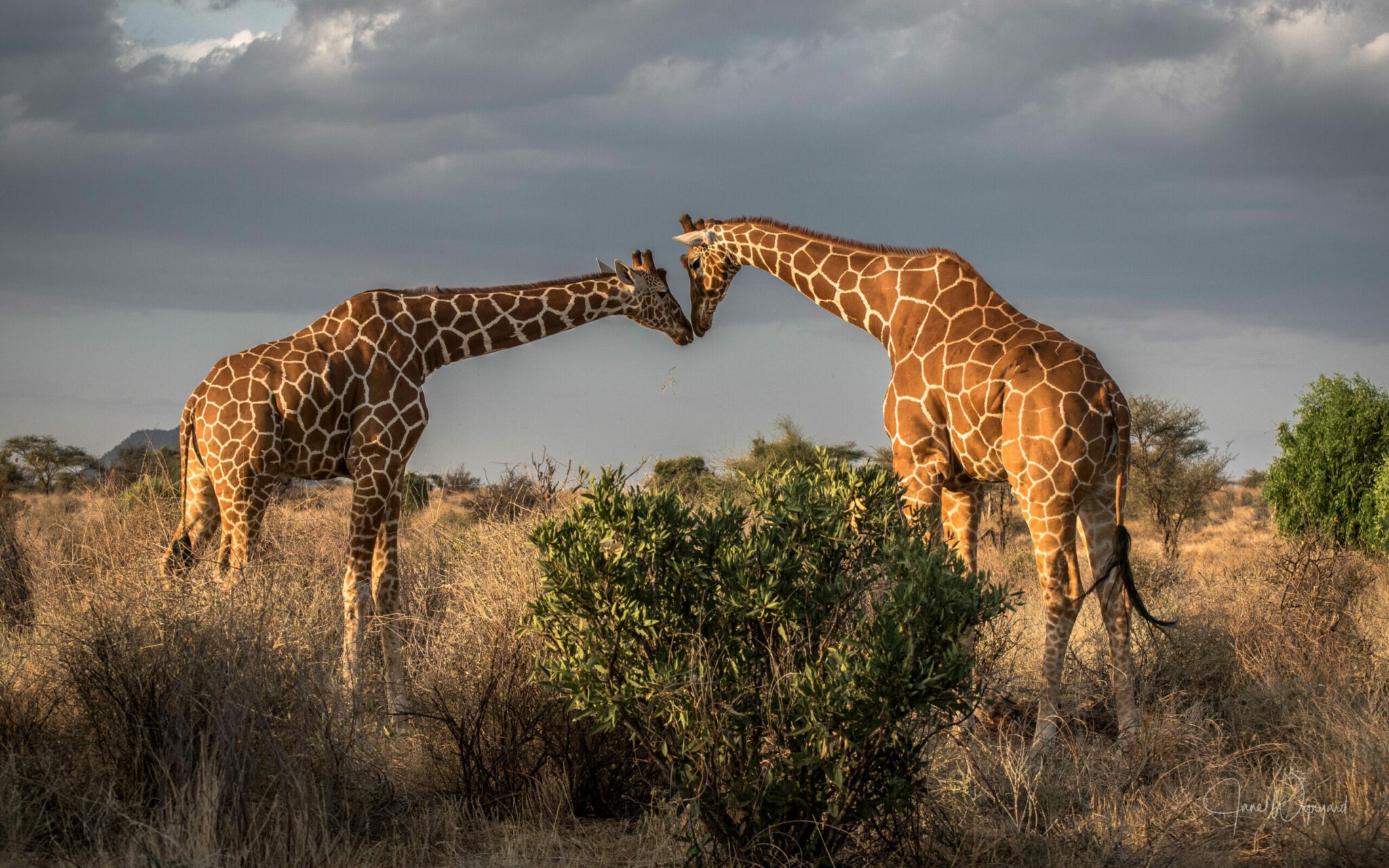 What do you think about the significance and power of the camera in our modern world?

In the right hands and used for the right purpose, photographs can change the world. However with the rise in smartphones and the culture that has grown around it, photography in many ways is losing its value and meaning. Everything is quick and instant, everyone is a photographer and people’s behaviour has changed. For example, in the 80s and 90s people used to just eat their meals. Nowadays they photograph them. What prompts you to be so adventurous? Can you give any advice about fear?

I think adventure is probably in my blood. My grandfather was an adventurer - he grew up with the Royal family in Egypt, represented Britain in the 1920 Olympics, fought in both wars and became NZ’s first Wing Commander at Ohakea Airforce Base. He lived well into his nineties and used to tell me the most amazing stories about his adventures when I was young. His stories inspired me in many ways. I can’t say anything actually prompts me. I just seize opportunities. As one friend recently said - ‘you have to have an enormous amount of grit because that grit gets you places everyone wishes they could be.” As for fear - I still experience it but mostly around everyday things like getting old, saying the wrong things, making mistakes, not being a good enough photographer. The things I should be scared of like living in the bush with venomous snakes, scorpions, wild elephants, leopards and lions, weirdly don’t seem to bother me that much. Fear is just made up of emotions and thoughts. If you give it too much power it will take over. So I try to push fear away and focus on the positives and be grateful for what I have. I don’t take any of this for granted. Even four years later, I still pinch myself every day over where I’m living and what I’m doing.